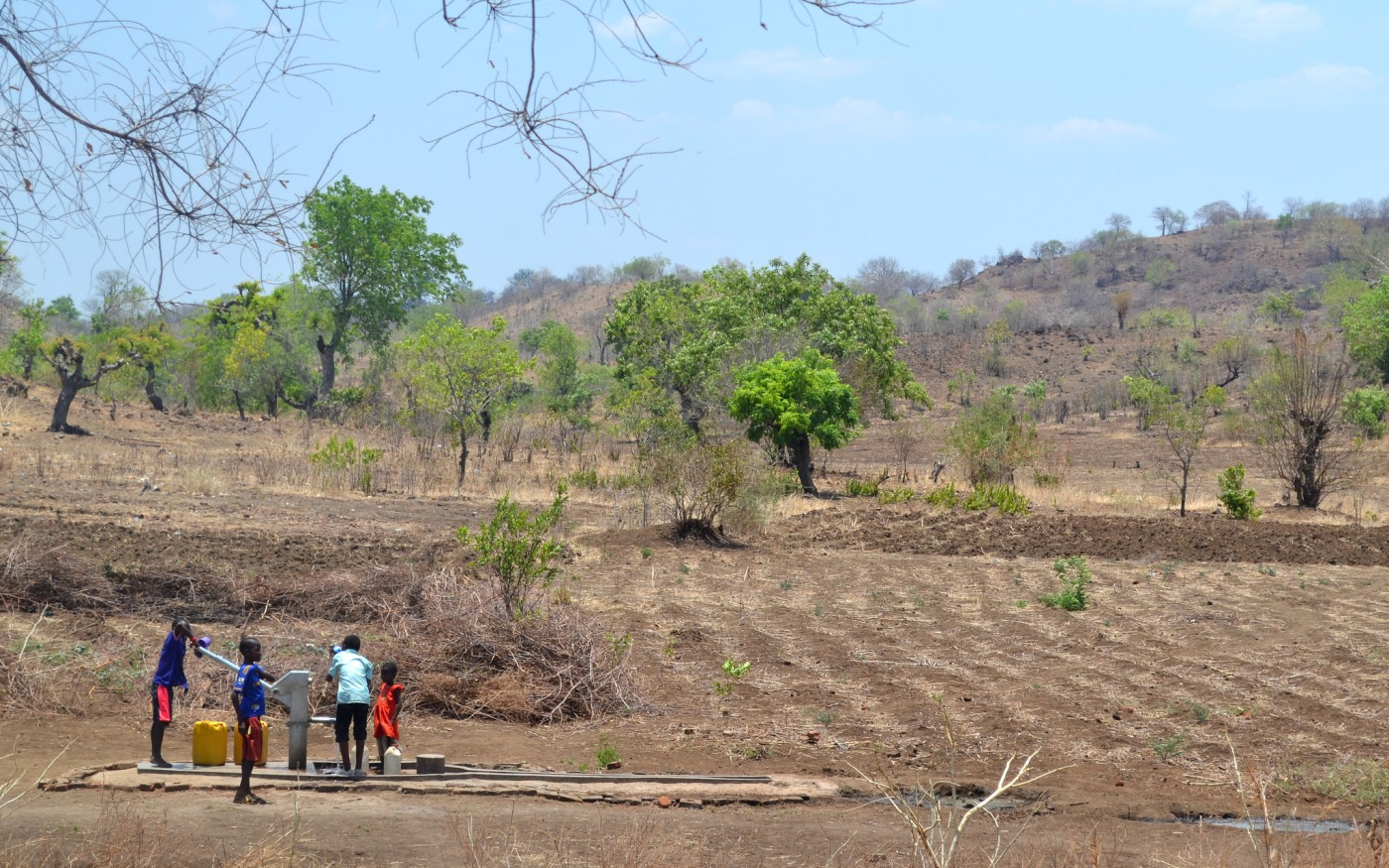 We drove for two hours from the nearest town, canoed down a crocodile-infested river and took the last few kilometres of bumpy dirt track by motorbike to reach the village.

This was the Chikwawa district of southern Malawi; the remotest part of a remote land, a place where you stand on a hill and see nothing but barren, dusty landscape for miles.

News from the other side of the world still travels slowly in places like Chikwawa and so it was the following morning, powered by patchy wifi back in the town, that we learnt of Paris. The Malawians we told reacted as we had: a stunned silence and a look of horror, sadness and utter bewilderment.

We had come to Malawi with Paris in mind. From November 30th to December 11th the French capital hosts the UN Climate Summit. Malawi is a country with a lot riding on that summit and in the villages of Chikwawa we wanted to see just how high the stakes are.

The people of the villages welcomed us warmly. They sang a traditional song, danced a traditional dance and then slowly and calmly told us of their fears.

They’re hungry in Chickwawa. Not the sort of hunger felt by you or I – this is real hunger, where the stomach, the table and the fields are all empty and nobody knows when any of them will be full again.

They’re farming people. They have seeds and tools and land but they are missing one vital ingredient. It used to fall from the sky like clockwork, starting in November and ending in February, but these days it comes late if at all.

It’s rainy season in Chikwawa right now, but there’s clear blue skies and it’s almost 40 degrees Celsius. In the searing heat of southern Malawi, almost three million people do not have enough food to eat while they wait for the rain.

These are people experiencing a different sort of terror. They also worry about the lives of their children but what they fear is not zealots armed with Kalashnikovs but the continued changing of the natural environment on which they depend.

One farmer, Sydreck, told us: “We are under a lot of pressure. The rain does not last long enough. I used to be able to grow enough food to support my family but now I cannot. We do not have enough food to last us. Something has to be done to get the climate back to the way it used to be. If it went back to how it was we would be OK but the climate keeps changing so we are trapped. I feel like there is no hope.”

As it searches for meaning and tries to mend its broken heart, this is the message Paris must reach out and grab, not simply because it is the right thing to do but because now, more than ever, is the perfect time to do so.

Hosting this summit so soon after the horrific attacks gives Paris the opportunity to once again become a symbol of hope for the world.

The people who open fire on concerts in Paris, blow up markets in Beirut and cause unimaginable suffering throughout the Middle East don’t care for any living thing. They want a world where people are voiceless, powerless and filled with hatred.

What better way to reject them than by standing in the city they tried to slaughter and declaring that we will do what we must to protect the vulnerable, regardless of where they are, who they worship or what their background.

Security restrictions have unfortunately led to the cancellation of public demonstrations in Paris during the climate summit, but this Sunday (November 29th) people in more than 150 cities all over the world will take to the streets to urge political leaders to seize this moment.

In Dublin, Cork and Belfast, people will gather that lunchtime to say that the best way to defeat ideologies of destruction is to create futures of hope.

It has been a dark number of weeks but we can’t let the actions of a murderous minority distract us from the fact that the majority want to live.

Amidst the tears of Paris there is still a world worth saving.